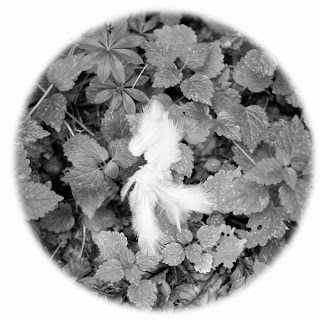 In 2005, the Associazione Culturale Vincenzo De Luca, following its interest in contemporary art, launched A Cielo Aperto (Wide Open Sky), a public at project in the town of Latronico (Potenza). The town now has a permanent collection of publicly installed artworks that can be seen any time throughout the year.

This summer the Associazione Culturale Vincenzo De Luca is presenting a project called Centocapre (Onehundredgoats) by the artist Francesco Bertelé with the help of two collaborators: the performance artist Madely Schott, the poetic-craftsman Giuseppe Giacoia, and the art historian Pietro Rigolo. Centocapre is a work that mixes fiction with mythology that is a mélange of tradition, today's public gatherings and possible imagined futures. It is a participatory art project, which involves the local community of Latronico. Using creation, interpretation and manipulation as tools of investigation, the project aims to discover or re-discover a mythological figure with a renewed pagan rituality and expression.

Did Centocapre really exist, or is it a folk tale? The project started in December 2013, following the discovery of an historical artifact found inside a chest in a house. After many expeditions to the site where it was found, and after many meetings, a working team was created in order to re-construct the ancient Latronico mythology. Artists and scholars are researching and putting together the fragments of a lost story, drawing ethnological parallels, since similar mythologies are found in other cultures.

The project revolves around two ideas: a workshop and an exhibition. The workshop involves the participation of adults and children, where Francesco Bertelé and his collaborators re-construct and interpret costumes of ancient mythologies, sound sticks and hybrid masks which combine the human and the animal in newfound shapes. The exhibition will show the results of the research together with drawings, small sculptures of clothes fragments, fossils and a papyrus scroll.

The conclusive event will take place in December 2014.

The teachers and students of the Scuola Media "Benedetto Croce" of Latronico and Episcopia, the Circolo ARCI "Amici della musica", the theatre company "Teatro 2000", the Banda Dei Fiati, the players of zampogna and ciaramella and to all the people encountered in the square.